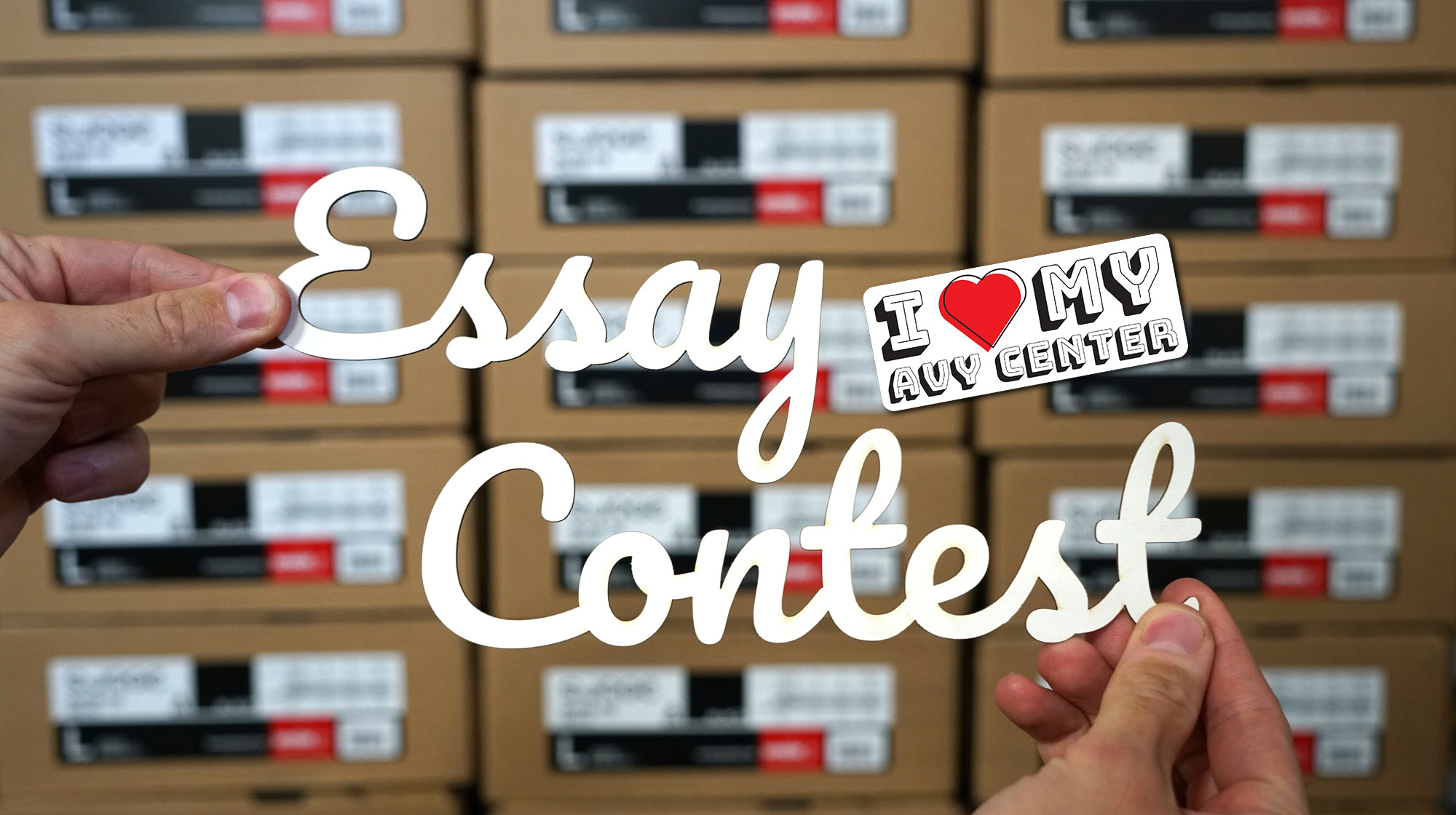 Winning Essay: Time to Give Back by Leslie Cromwell

We’d like to thank everyone that participated in the I Heart My Avy Center Essay Contest. In all, we received 25 unique essays representing 15 different avalanche centers! It was inspiring to hear all the great work that avy centers are doing in their mountain communities all over the US and Canada.

Some made us laugh (literally out loud), some made us a bit misty-eyed, and all of them made us smile. It was really tough to select a winner, but in the end, we had to and we chose one from Leslie Cromwell titled, Time to Give Back.

She did a great job capturing what it’s like to be new to the backcountry, how helpful it is to have someone that’s willing to show you the ropes, and how incredibly important it is to have a local resource for more information when you’re ready to explore further and make your own assessments and decisions. Leslie won $1,000 for the Haines Avalanche Center and a new set of Women's Surge bindings!

We were so impressed with the outpouring of support and the amazing stories everyone told that we made a small donation on behalf of each author to the avy center they had specified. In total, we donated $1,750!

Congratulations to Leslie, our runner-up Nick Belcaster (whose essay is also below), and thank you again to everyone who submitted an essay!

Time to Give Back

The first day I went splitboarding in Haines, Alaska I was with Jeff the co-founder of the local avalanche center. Jeff is competent, knowledgeable and, as it turns out, very patient. I was new to backcountry snowboarding and I self-consciously bombarded him with snow-science questions as we slowly made our way up the skintrack. Turns out, I needn’t have worried, I’ve since seen Jeff introduce any and all willing newcomers to the backcountry of Haines – simply because he loves it.

Haines, Alaska is a town of 2,000 people at the dead end of a long and remote road. It is a community that blends native Alaskans, lifetime residents, and transplants. Regardless of how we got here or what we do, and despite the struggling economy, we are all here because of the strong community and the surrounding natural abundance.

On the edge of a temperate rainforest and at the bottom of the tallest coastal mountains on earth, winter in Haines brings large storms that blanket the iconic Alaskan mountains, leaving behind world-famous spine lines and face shots. In February, when the light starts to return and the snowpack is deep, amateur and professional skiers and snowboarders from across the world congregate to helicopter ski in these mountains.

For those of us who have chosen to make Haines our home, the story is quite different. With no access to lifts, a generally low-income bracket, and an arduous bushwhack into the heart of these mountains, skiing and snowboarding has formerly been something only the tourists did. But as a wave of newcomers chooses to settle in Haines, there's been an influx of determined adult winter recreationists and the next generation is learning to ski in the backcountry.

In response to this shift in our community, the Haines Avalanche Center (HAC) opened in 2010. This new resource provides much-needed information to a community that is considered a winter recreation mecca. The understaffed, underpaid, and underfunded HAC has two employees: the founder, Erik Stevens, and the co-founder, my patient ski partner, Jefferey Moskowitz. The HAC forecast area is 500 square miles of remote, roadless terrain. Despite the challenges, Erik produces three forecasts a week while maintaining a second full-time job.

As the backcountry community continues to grow, the Haines Avalanche Center has targeted the school and various community hubs to bring education, and ultimately, backcountry recreation, closer to home. The HAC has arranged “Live to Ride Another Day Workshops” at our small K-12 school to introduce kids to avalanche safety and snow science. They've also hosted beacon practice events throughout the season and organized AIARE courses in town, making it, for the first time, far more accessible for our remote community to access snow safety education.

Haines is only 39 miles from the Canadian border and many of our ski days exist in the isolated terrain of Chilkat Pass, where a sliver of British Columbia separates the Yukon and Alaska. The Haines Avalanche Center forged a relationship with the Yukon Avalanche Association, ultimately leading to a weather station in that sliver of BC, which gives our residents information about the snow and avalanche conditions. This was the second new weather station that the HAC has installed, the first being a station on a frequently skied mountain at the edge of town.

Now used by heliskiers and locals alike, the HAC continues to expand its outreach through forecasts, education, and additional weather stations. Perhaps most importantly, the HAC employees foster unofficial mentorships and encourage our community to make winter recreation a priority.

I often reflect back on my first day in the Haines backcountry and think of the kindness, patience, and knowledge from Jeff of the Haines Avalanche Center. Since that day slowly making my way up the skintrack, I have met a community of backcountry recreationists that have been educated, encouraged, and inspired by the hard work of the avalanche center. Now, it's time to give back.

It’s the first tour of the season, running a little late this year, and it’s definitely low tide. Even a little sharky. But still, there’s no way we wouldn’t be out here, standing at the top of the Dog Leg couloir above Bagley Lakes in the North Cascades. There’s enough to get by on, and that’s all we need.

Heading out we’re practically buzzing; humming along with the goals and predictions and wild accusations about what this next season might be. Looking down the snowpack is thin, but the words still ring around my head: If it’s enough to ride, it’s enough to slide. There’s enough mystery in it to warrant respect; I contain multitudes the snow says.

It’s might be early, but even still, I know what to expect under my split. Know that we had some on-and-off rain there early on, check for an ice crust, see how it’s bonding up to the dump we recently got. Know that the new snow came in pretty cold and it’s been consolidating nicely. Know that the ever-present Pacific Northwest specter of early-season rain is coming back by Monday, so we’d better get it while it’s good now.

This and so much more is all thanks to the folks at the Northwest Avalanche Center. Through their daily forecast, snowpack and avalanche discussions, free avalanche awareness classes, and workshops, or just chatting up one of their own in the skintrack, the greater community benefits incredibly. That’s certainly running through my mind as we’re changing over to ride.

So, here’s to the Snow Geeks. The meteorologically-inclined who can get fully gripped over the newest Doppler radar readouts. The Field Observers who have done the impossible and actually convinced their significant others that skiing is work. The poor schmucks who drew the short straw and have to hoist themselves up the rickety tower to unfreeze this damn wind speed and direction sensor. These and many more make NWAC an invaluable asset to the Northwest skiing community. We wouldn’t be where we are without them.

Satisfied with what we’re seeing in the snow, we drop in one by one, hootin’ and hollering. It’s good, or good enough at least. There’s more to come, and I know that NWAC will be on it to track every storm that spins off the Pacific and refills our cups.

Last to leave, I point the nose down and open up another season. These first turns are for you, NWAC. Here’s to another amazing year on snow. 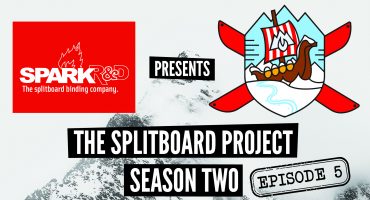 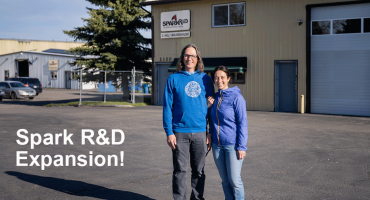 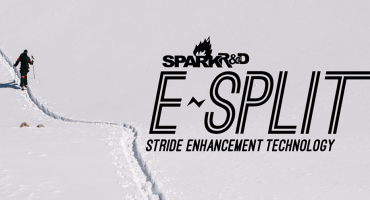