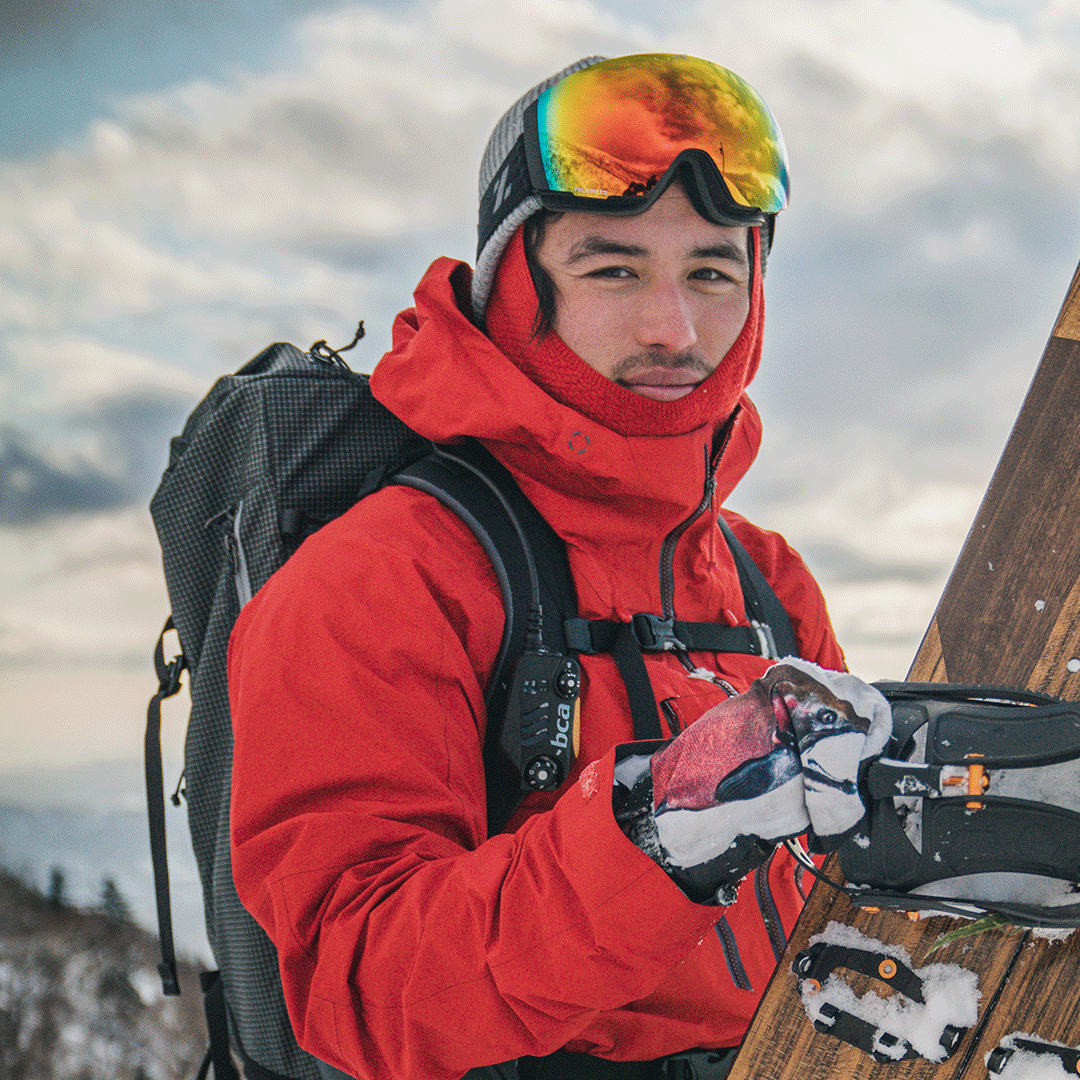 “Splitboarding has changed things big time. Not having to post hole up in snowshoes and ride with something on your back gives you a lot more energy to make it far into the backcountry on a deep pow day!”

Tamo Campos grew up in North Vancouver, British Columbia, where the mountains became a part of his life from the very beginning. At 11-days-old, his dad took him in a backpack and went on an overnight backcountry ski trip, an introduction into a world that would later dominate his life. After chasing backcountry slashes and contests across North and South America for the last ten years, Tamo is now focusing his efforts on both environmental and humanitarian work, founding the organization Beyond Boarding. His latest project - The Radicals - is a perfect example of how Tamo blends his passion for splitboarding and activism.

Last season's most epic adventure was when we put in a first descent in a winding chute in the remote area of Northwest BC. It was an overnight trip to get there and when we finally made it to the top of the chute fifteen stone sheep ran out of it which was pretty magical! What happened after was pretty wild. We shredded it and got down to the photographer who had just come face to face with a wolf waiting for us to ride! You always think of being alone out in the backcountry, but this adventure clearly showed the opposite.

My favorite backcoutry rider is definitely Nicolas Mueller but I've always been inspired by local legends in my area like Kevin Sansalone, Jonavan Moore, and DCP.

What are you most excited about for the 21/22 season?

Recovering from knee surgery and riding in the spring!

That all you need is two feet and a heart beat to have a good time!

I ride in some pretty remote parts of the world. I wouldn't trust any other gear than Spark. Solid, light, and extremely responsive. Best binding out there yo!!