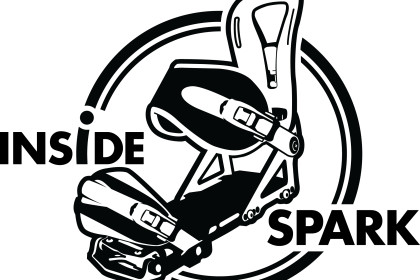 The onset of a New Year is always a fun time. It gives us a chance to reflect on what was, and get excited for what will or could be next year. A lot happens in a year both planned and unplanned. For instance, one year ago, I was in Tahoe trying to smile my way through another tough winter with no idea that a year later I’d be in Bozeman working for Spark R&D. And yes… they can all thank me leaving, obviously causing the copious snowfall this season… While the unplanned changes in a year, good and bad, big and small, are going to happen, what had me interested today were the planned, or you might say, hopeful changes some of the employees here at Spark have for 2016. Here’s what a couple of the folks around the office, warehouse, and shop had to say. 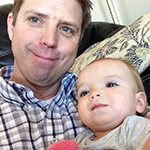 New Year’s Resolution: I resolve to give more high-fives to coworkers as well as Jay and Coops at World Boards. Above all else though, I resolve to kick ass at being a dad and get at least one smile from my daughter every day. 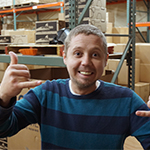 New Year’s Resolution: I only began snowboarding about five-years-ago. This year will be the year of the cliff. My New Year’s resolution is to drop my first cliff on a snowboard. What counts as a cliff? I’m saying a drop that’s at least head high! 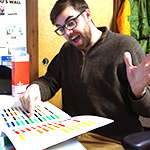 New Year’s Resolution: I want to get to more creative projects in my free time. I received a four year drawing book from my wife for Christmas and I plan to work on filling it. 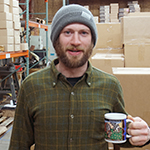 New Year’s Resolution: I’m calling it the twelver. I want to snowboard all 12 months this year. July and August are tough, but where there’s a will, there’s a way! 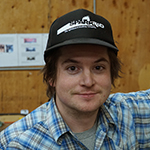 New Year’s Resolution: Simple. Buy a Ford truck, find a nice lady, and get out backpacking more this summer. I have a cool multi-day section of the Continental Divide picked out right now for a good trek. 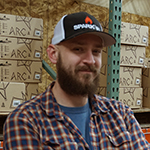 New Year’s Resolution: I’m not going to lie, I drink a lot of coffee. While it’s just not realistic to give up coffee completely, my resolution is to go down to one cup o’ joe per day. 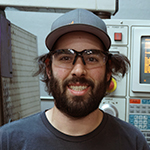 New Year’s Resolution: I have two rad dogs – Banjo and Fancy. They love exploring with me when I’m out splitboarding and this year I want to bring them out with me in the backcountry more than I ever have. 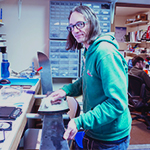 New Year’s Resolution: When you run a business, especially one that you have a ton of fun with, it’s easy to work…a lot. This year I just want to splitboard more. I need more shred time; hopefully some of that new shred time is with my wife! 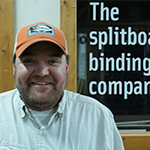 New Year’s Resolution: I live in Montana and need an adventure-mobile. This year I resolve to buy a 4WD van for fly fishing and splitboarding mountain trips. 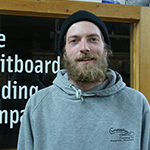 New Year’s Resolution: I would like to finalize my truck topper cabin so that I can spend more time traveling to new zones with my snow machine. The end goal would be to explore more mountain ranges in the immediate area, as well as get into British Columbia, specifically the Selkirk Mountains.

Wishing everyone a Happy New Year and best of luck on your own New Year’s resolutions!