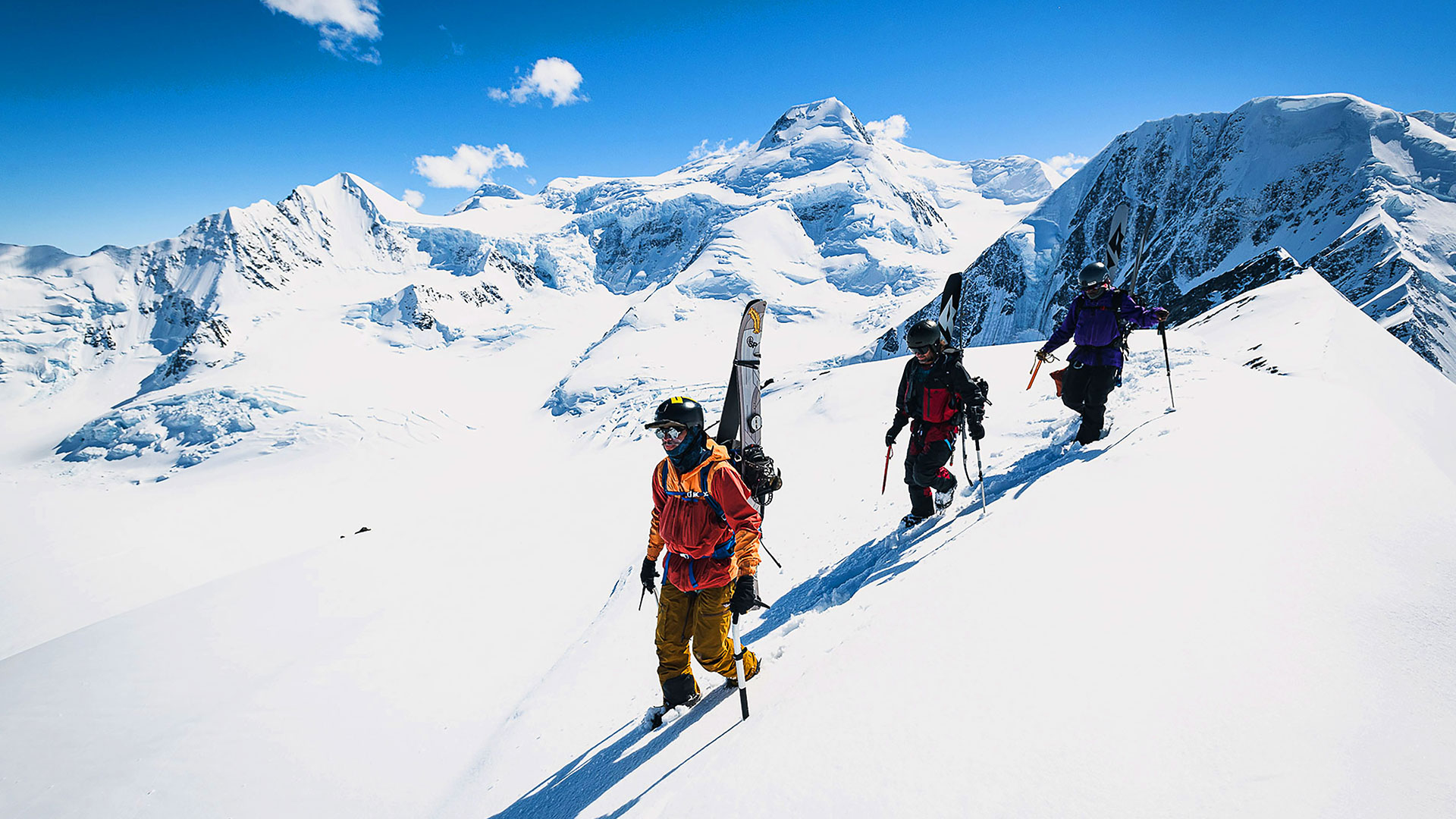 An Interview with Rafael Pease

We had a chance to catch up with Team Rider, Rafael Pease. We chatted about filming with TGR in Alaska last season for the Mountain Revelations project and spoke a little bit about what he's up to this winter.

Before we go deep, give us a short synopsis of the Mountain Revelations project?

Mountain Revelations is a snowboard documentary where three different humans go out into the mountains for a summer expedition in south-central Alaska. There they discuss their love for the mountains and their differences when it comes to race and upbringing.

How did this project come about?

I was called by the EP (executive producer) for the project back in March 2021 to see if I was interested in joining this project and putting together some expedition options in Montana. Unfortunately, the spring didn't pan out too great for what we wanted to achieve in Montana, but we had crew members familiar with Alaska and the Chugach. So, we ended up heading there.

This is not your typical banger snowboard film. What intrigued you about the project?

What intrigued me to participate in this film was the various different aspects of it. For starters being able to go to Alaska on a snowboard trip, even in summer is an attractive invite, and a bonus to go ride with Jeremy who has more years of experience snowboarding in Alaska than I have being alive. Beyond that, the topic was one of interest to me, the outdoor industry isn’t the most diverse or inclusive, so anything I could do to add another grain of sand of constructive progression to these issues, I'm 100% in.

How did you access the mountains and how long were you in the backcountry for?

We accessed the mountains via a bush plane and were out there for about 8 days or so. Each day we'd get to the line or zone we wanted to check out via splitboard.

What was a typical day like when you were on this project?

The days were pretty casual, long summer days. We would wake up and have a big breakfast, get our gear on and go out into the peaks near camp. The weather was variable but never cold, snow was what was expected for mid-June but we got some good pow turns.

What was it like spending time with Ryan and Jeremy?

It was great to meet and get to know both Ryan and Jeremy. The three of us are completely different humans who share a few things in common such as a love for snowboarding, as well as sharing knowledge and experiences with those around us. It was super cool to hear everyone's different upbringings, as well as career paths in the outdoor sports world.

You guys covered some deep topics? Did anything stick out to you from your conversations with Ryan and Jeremy?

We did have a lot of authentic conversations out on the glacier, which I must say is the best place to have an open and honest conversation. No distractions from society or social media. I wouldn't say anything stuck out specifically for me through our conversations beyond the fact that Ryan, Jeremy, and I have all had to overcome very different obstacles. It was very interesting how unique all our paths are to get to the point of where we were on that given project.

What was the biggest challenge on this trip?

The biggest challenge on this trip was definitely dealing with summer weather and variable snow. It was definitely shed season so all the lines were changing while we were out there, which presented a big obstacle to overcome for riding lines safely.

What was your favorite line?

I’d say my favorite line was the one I didn’t get to ride. Gives me the excuse to get back there and continue exploring. But regarding my favorite line that was seen in the film, I'd say it was the steep roller into the spiney-flutes. The top half was great, but the bottom half the snow was heavy and there were a few crevasses and bergs to get around. The tough part is some of the lines are so big/steep that you often get huge swings in visibility, ending the bottom of your lines in complete shaded darkness.

Jeremy is a bit of a big-mountain legend. What was it like riding with him?

Riding with Jeremy was fun, we definitely chatted a lot about things that aren’t related to snowboarding. But also about the snow, how we will descend, and ascend the lines. He has a lot of knowledge and it was great to pick his brain about a lot of mountain topics. The best advice he gave me on this trip that stuck with me the most was to slow it down a bit. These are big lines and you can't get going too fast when the snow is very variable near the bottom.

Not necessarily any close calls. I was almost dragged by a huge slough avalanche on one of the lines we bailed on due to the heat. I was putting on my back binding when it came flying down with rocks and all inches from my board and head. Luckily I slid a few feet under a rock and put my other binding on. 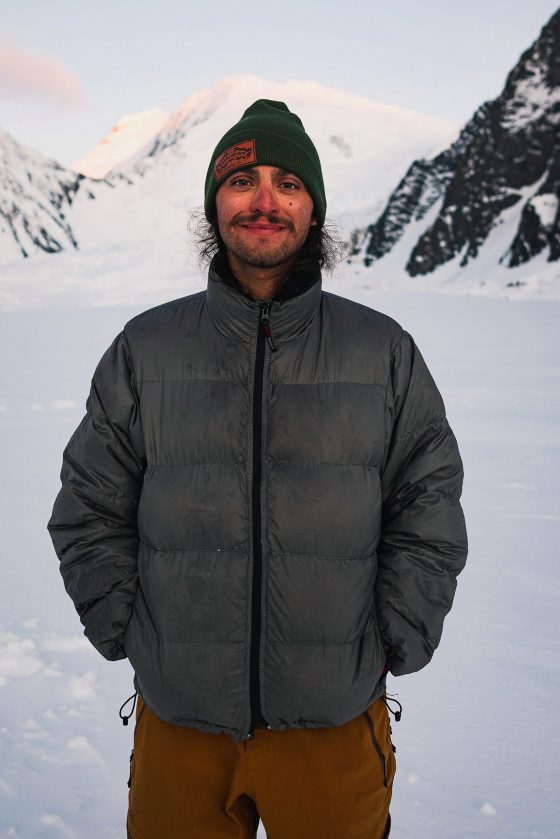 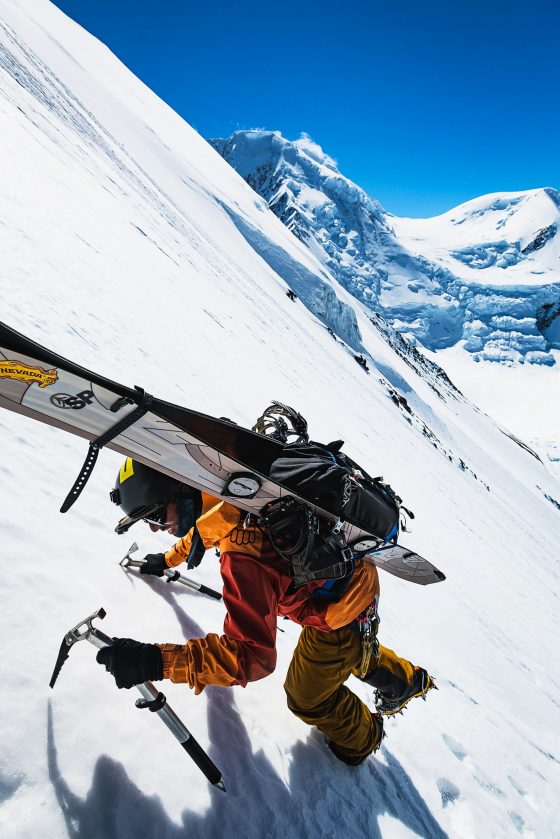 Going back to much of the theme of the film - what are a few of the things you think our industry can do better to make it a more inclusive environment for everyone?

I believe the industry should be more authentic in how it does things. There have been pro athletes of color and women in the industry for decades, yet they have never been represented fairly in big films. Only tokenizing segments that create more divide in these issues that we shouldn’t parade. Being a woman or a person of color isn’t something that should be marketable, it’s a human trait. Treat it that way, simple.

How much did you like being in and riding in AK?

I saw the future direction of where I want to progress my snowboarding to. Why go there for a trip a year when I can live there for all winter and spring? I ended up moving to Alaska a few weeks after filming. Packed my truck and drove up from Montana.

What’s on tap for this winter?

This winter I'll be exclusively in Alaska, good luck getting me out of here. I do have a film project that I am working on in the pre-production stages right now. Full snowboard, human-powered expeditions in Alaska during mid-winter. Hope to share it with everyone this fall 2022.