A decade has gone by since we unveiled a primitive prototype of the first splitboard specific binding on splitboard.com. It has been a fun, fulfilling, and really exciting time to go from concept to company.

Living at the foot of the Bridger Mountains in Montana, getting to ride and test our own products made in our own factory is the stuff that dreams are made of.

Of course, we’ve had our share of challenges along the way. From late shipments and denied bank loan proposals to short buckle springs and machines catching on fire – we have lived it all and at times it has seemed like we might not survive. But like most things, as we learn and grow from experience we are a better company and better people because of it.

A Decade Deep is a chance to reflect on our journey, share our stoke for splitboarding, celebrate a little, and look to the future. 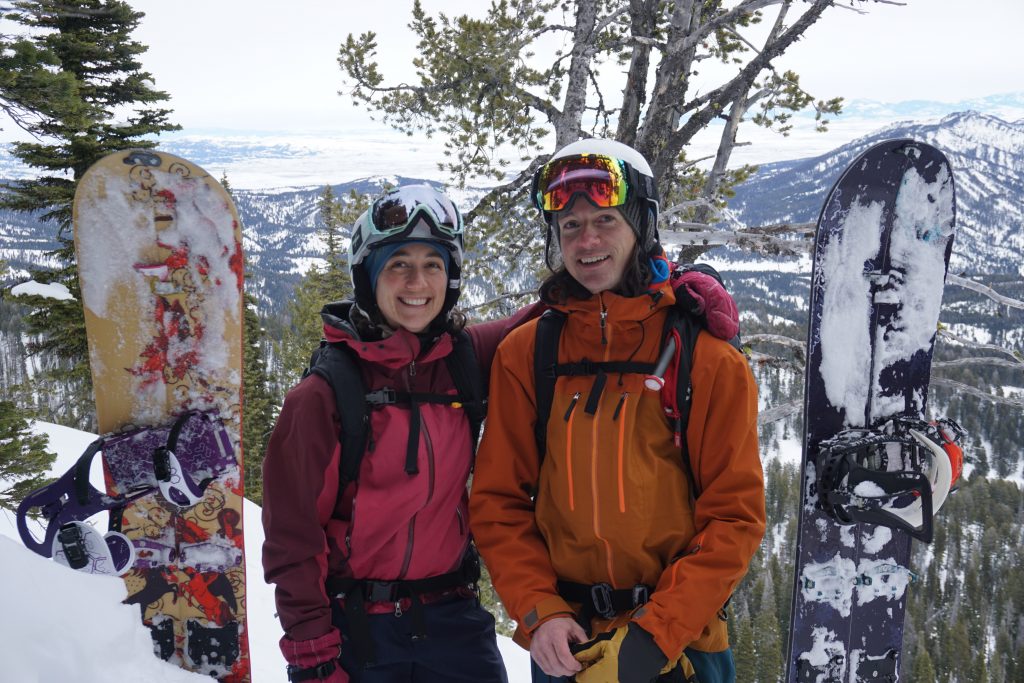 -An Interview with Will & Becca Ritter -

Sitting in our new conference room, tea mugs in hand and mouths shoved full of pretzels, Will & Becca (co-owners of Spark R&D) took a moment to answer some questions about their journey over the last decade. Below are some highlights of the conversation. If you'd like to listen to their full interview, you can on the Spark R&D Podcast.

Will, how did the idea to build splitboard bindings happen?

Will:  My first day out splitboarding with some friends, I was using the slider track system that was available at the time. It was better than snowshoeing or post-holing, and getting my board off my backpack was awesome, but I kept thinking, I have a binding on top of a binding. It works, but it seemed pretty obvious to me that integrating the slider track into the baseplate of the binding would make things stiffer, lower, and lighter.

Where did the name Spark R&D come from?

Will:  I had been doing some moonlighting basically from my day job, doing some freelance mechanical engineering research & design (R&D) work on the side. Around the same time, I started working on the bindings. I just thought up the name Spark. I was drawn to that, because it was like when you have a good idea it’s like a spark, an instant flash which is how a lot of my ideas come to me. It’s just that little inspiration that can lead to bigger things. Eventually the consulting work tapered off as the binding side of the company grew. We just never dropped the R&D from the name. It's pretty stuck now.

Becca, can you talk a little bit about how your work began at Spark R&D and how it has evolved?

Becca:  I was in it from the start. More so as support team member when Will jumped off his day job and started Spark.

Will:  Well, you were the one who told me to quit my day job.

Becca:  I never remember saying that [laughs]. I was actually living in a yurt in Idaho at the time, working with kids, doing some environmental education. Will called me one day, kind of flustered, he wanted to jump off and do this and was really fired up about it. I told him to go for it. In the beginning, I was support staff. Then I got a job and basically supported us while Will was getting rolling with Spark. When I wasn’t traveling, I was just helping Will with little things I could do.

Will:  It was full-on startup time. I was just running around with my hair on fire. Becca was trying to keep things afloat.

Becca:  I got more and more involved. When Spark R&D was growing a lot in 2010 we just pretty much ran out of money and we needed to figure out our next move. I dove into the books and started learning.

What is your role with the company today?

Becca:  I’m the CFO, the Chief Financial Officer. I also manage Sales and Marketing to some extent, keeping that flowing in a good direction and helping those guys out with anything they need. I work at keeping the bigger vision of the company moving forward. But, I’m definitely deep in the books and I really enjoy being there. 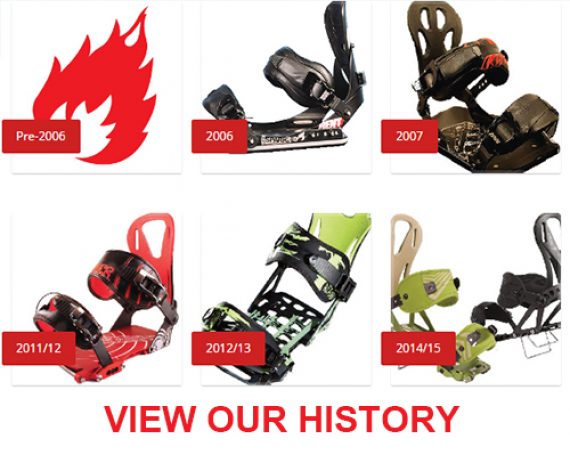 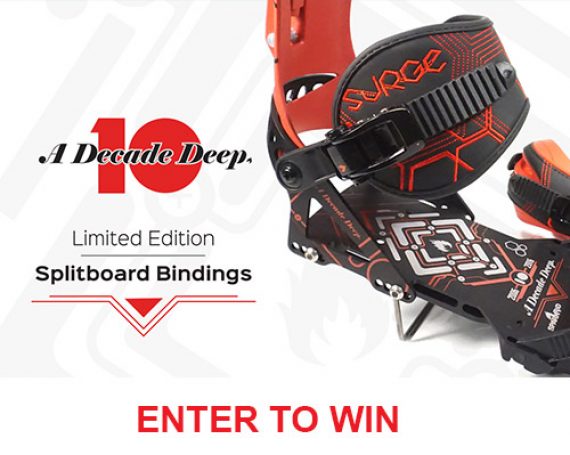 On the business side, what was the biggest ‘oh, crap!’ moment?

Will:  The closest one to there not being any Spark was when Becca jumped in on the financial side. We were still a startup in a lot of ways. They talk about it in business books as growing yourself to death, we growing very quickly and that makes it very difficult. It is really hard to get a loan to operate and build inventory. The bank is not very interested in a half-built binding.

Becca:  The bank said 'you can’t do that, you can’t grow that quickly’. We just work really hard, so of course we knew we could grow quickly, but the banks just wouldn’t get behind that. We had a year we couldn’t get financing and it was really tough.

Can you each share a couple of your favorite moments over the last ten years?

Becca:  I remember when Xavier de Le Rue wanted some bindings and crampons. We only had one set of crampons in the building and they were mine, and they were pink. He didn’t care, he wanted them anyway, so we shipped him a pair of pink. ‘Mrs.’ Chomps crampons. I just remember feeling like this is really cool, he's touring with MY crampons!

Will:  On a similar note, I remember checking my phone and having a voicemail from Jeremy Jones about eight years ago. My mind was blown. My inner grom would always freak out a little bit when the big names would hit us up.

Becca:  This one’s way more recent. When we bought the building – that was really exciting. It was a project I’d been working on, personally, for six months. Trying to make it work, trying to make decisions about our growth and the best place for us and our company to be. It just happened to be the building we were already renting. The deal went through in March of 2016 and we were able to take occupancy of the whole building this September.

Will:  One of the earliest ones for me was the day I got out on my first protos.  I toured up south of Bridger Bowl. Even from the start of the skin track I was thinking, I might have something here, this is pretty awesome. I had a great time on the way up and the way down. Everything felt better, it was a pound and change lighter than my setup before that. That was definitely awesome.

Becca:  You know what was cool? Again, more recent. It was our 10-year anniversary party we had in our new shop space. Just having all our employees there, the families, and friends. We had good food, and we watched the videos our employees made. It was just fun. It was really cool to build a company, and work so hard, lose so much sleep, and then come to this ten-year party that I didn’t have to plan, I didn’t have to work on the food or anything… I just walked in and there was a skateboard manual contest going on and four square games happening. Don played me happy birthday on his electric guitar, then my cake came over on a forklift!

Will:  That was my number one birthday surprise yet. That was a ton of fun. Just watching our employees hang out. Seeing the video of our guys hanging out and having a good time, it’s taken on a life of its own. There are people that are friends for life that have met from working here.

What are you most looking forward to this season?

Will:  When it finally snows. It’s getting late. We’ve got a bunch of protos to get out, so I’m fired up for that.

Becca:  I’m just looking forward to getting out. Just getting out on the snow and feeling that cold, fresh air.

Where do each of you draw inspiration from?

Becca:  Just the world. I like being outside. Being outside it’s quiet, it’s still, you’re alone - it breathes a little life into you.

Will:  I have some moments when I’m walking through the warehouse and I see the bindings racked up, and I think oh the places you’ll go. We get customers with names I can’t pronounce and from places I’ve never heard of. Then we see our bindings on a peak in Romania, and I think those were right here in our shop. It’s pretty inspiring to see how that all comes back around.

Who is faster on the skin track?

Becca:  [Laughs] It’s Will, it’s true. He is one of those people who pushes himself on purpose to get to the top as fast as he can. I’m not super-fast, I’m slow and steady. I prefer one really long lap.

What does the future hold for Spark R&D?

Will:  Unstoppable success [Laughs - the Ritters were getting pretty loopy by this point in the conversation]. Things are going good. Buying the building was another level up for us. Most people have not seen the factory, but there is a lot to it. Now that we have the keys to the building we can just make things that much cooler all the way around.

Becca:  It is exciting because it is a little bit unknown. I think there is a lot of potential on the manufacturing side, and we're just amped to get moving.

So there you have it. From our first wooden baseplate prototype came the first splitboard specific binding the world had ever seen. Now here we are A Decade Deep, and as stoked as ever! Thanks to all of our dealers, customers, friends, and supporters for 10 incredible years. It has been fun and fulfilling to watch the industry grow and for backcountry snowboarding to become such a global community. Thanks for riding with us.

Cheers to many more years, new memories, and a lot of splitboarding!

A Look Back Through the Years