Tips on how to stay safe in the late season conditions 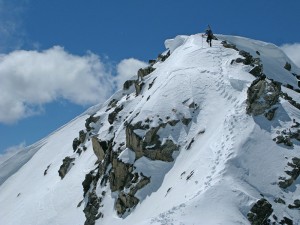 Topping out in the Spanish Peaks, MT

How can people hang up the boards just when it’s getting good? It seems that every year, the season starts early and riders are itching to make those first turns when the snow flies in November and December. But when March or April roll around, for some reason, motivation seems to dwindle, as biking, rivers and climbing are just on the horizon.

Here in Montana (and many other areas), the months of March, April and May are when it can all come together. Early and mid-winter, the snow can be shallow and variable, plus the days are shorter and colder. But come spring, warmer storms help the snow stick better, and coverage in the alpine seems to shape up overnight. The days get longer, and temperatures become less-arctic. The avalanche hazard often becomes more manageable, and we can finally get out and explore some of those lines we’ve been eyeing all winter. These are the days to get out!

Avalanche centers typically wrap up their daily advisories in April (some stick with a weekly summary), so keep these things in mind as you head out:

When the snowpack has entered a full corn cycle (melts during the day and freezes at night), heat is the main thing you want to pay attention to. Be careful when temperatures start climbing and when strong solar radiation is present. In order to work around this problem, we can start early in the day (sometimes in the dark) and time it so that the descent is right when the snow surface is thawing. In the morning, the sun generally hits a northeast slope first and works clockwise, ending the day warming the west and northwest aspects. The harder the freeze and the more melt-freeze cycles the snow has been through, the more room you have to work with on timing. 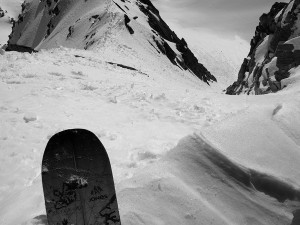 Morning sun on SE facing line – get it early!

In corn snow, if the slush starts to become boot-top height; you’re punching through the supportable layer into mank; or wet sluffs/roller balls are starting to happen, it’s best to call it a day. If there is little or no freeze (snowpack is wet), than you might consider not even going out. Also be mindful of cornices: This time of year, they are quite large and serious heat can take them down. Rock fall can be a concern as well, so heads up while climbing couloirs when it’s getting warm.

Up here in the northern regions, we don’t always enter a full corn cycle. Even if we do, they can be short lived. Continual, unsettled weather can certainly persist in the spring, which means that powdery conditions can often be found. Because spring storms are warmer, they often bond to underlying layers, but that isn’t always the case and the new snow can create its own instabilities. In fact, because the snow has more cohesion to it, this new snow can act more slab-like. 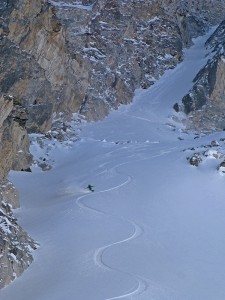 Cold snow on a spring day in the Tetons, WY

There are many reasons why storm snow might not bond (upside-down layering, graupel, firm bed surface), so unless you’re sure it’s sticking, it’s never a bad idea to let things settle out for a day or two after any significant storm before diving into steep, committing terrain. Hand pits and skin track cuts are really fast ways to see how well the new snow is bonding and how “slabby” it might be. Expect on the first warm and sunny day preceding a spring storm that you’ll experience some avalanche activity.

Wind slabs can also be a concern as spring powder can be accompanied by that lovely spring wind. These tend to be shorter lived, and warm weather can begin to glue them down within a few days. Keep an eye out for wind slabs at the tops or sides of couloirs, around ribs or side-walls of gullies, and on alpine faces. If you are climbing your line, constantly be on the eye for any suspicious looking pillows or drifts, and pay attention to the surface snow. Also, wind slabs resting on firm melt-freeze crusts probably aren’t going to bond well initially.

Deeper in the pack

Sometimes spring comes late. Abnormal years can make for abnormal avalanche problems. If winter is holding its grip and there’s a prominent layer of depth hoar in the pack, be very careful of big storms, drastic warm up, and intense sun. It’s natural to think that by April, the nasty layer of basal facets must be healed, but this isn’t always the case. Even after the couple big warm ups, if water has the chance to percolate down to the weak layer, it can wake it up, resulting in a massive climax avalanche.

Stack the cards and watch the weather 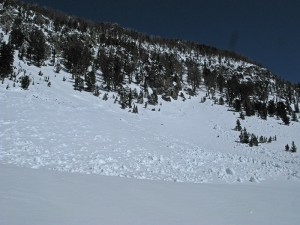 The good news is springtime conditions can be easier to manage.

• Keep an eye on the weather forecast and remote weather stations. If it is forecast to snow, think about if it’s coming in warm and finishing cold (good bond) or if the storm is starting cold and finishing warm (upside-down storm, poor bonding).
• While in the mountains, test to see if the snow is bonded, and give it a day to settle out, if need be.
• If you’re worried about rising temps, than plan your day so that you’re not in serious avalanche terrain during the heat of the day (easterly and south in the morning; west facing later). If temps become too hot, than pull the plug and retreat.
• When there’s little or no freeze (again check weather forecast and remote stations), maybe it’s not worth even trying.
• During depth hoar years, be real careful when the snowpack is transitioning and when you don’t get a freeze.

Stay safe, have fun, and milk the rest of the season for what it’s worth!